Intercult is very pleased to have hosted the Audience Links Xchange conference from the 20th to the 24th of February, gathering all its most important collaborators and friends, especially those from  Baltic Audience Links, River//Cities and Corners, in the same place and moment.

It was a week of intensive presentations, acute questions and involving workshops, but it was especially a week of friendly gatherings and informal networking where all of us enjoyed the empowering potential of sincere and critical feedbacks from like-minded people working in the cultural field. Audience Links Xchange has been home for almost 100 people from 10 different Countries for one week.

On Tuesday, the 21st of February, we held three different gatherings, each dedicated to one of the Platforms with which Intercult has worked for a long time: Baltic Audience Links,  River//Cities and Corners. These meeting were an exceptional opportunity for all of us to reflect on what we have done till now and how we can go on improving our activities and renewing our commitment.

The pleasant dinner at Intercult offices was a great moment to go on exchanging feelings and feedbacks while tasting an extraordinary traditional Swedish meal.

On Wednesday, we all moved to the enchanting framework of Champagnebaren at Södra teatern to assist to the very first presentation about the “Study on audience development – How to place audiences at the centre of cultural organisations”, commissioned by the European Commission to a consortium composed by ECCOM, Fondazione Fitzcarraldo, Intercult and Culture Action Europe, delivered in January 2017.

After the warm welcome from Magnus Aspegren, director of Riksteatern which was hosting us there, Chris Torch (Intercult), Cristina da Milano (ECCOM), Alessandro Bollo and Alessandra Gariboldi (Fondazione Fitzcarraldo), the authors of the study, discussed its structure and contents.

In the afternoon, after a refreshing lunch, we went deeper in the three kind of Audience identified in the “Study on audience development”: Audience by Habit, Audience by Choice, Audience by Surprise. Each table was moderated by one of the authors and involving different participants whose background and activities were relevant for the topic. This was a really stimulating afternoon, full of questions, comments and examples of constructive failure.

The evening saw all the participants gathering again at Intercult office and toasting to the delivery of the “Study on audience development” to the European Commission.

On Thursday, the 23rd of February, the House of Europe opened its doors to us for an intense morning of workshops. All the participants were involved in discussion tables about the need of organizational change to implement audience development, focusing especially on the role played by leadership, co-creation and digital.

In the afternoon, a series of presentations about real examples of participatory cultural projects from the Baltic Sea Region left the audience enchanted and sometimes even moved by the awareness about how much difference art makes in the life of humans. 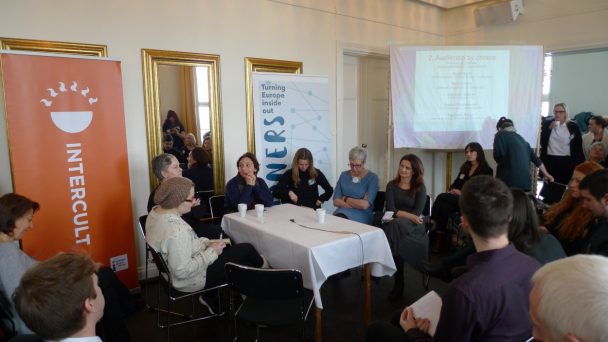 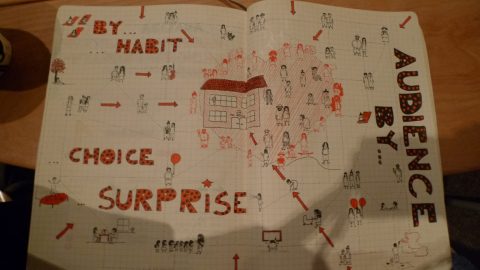