During our study on how European cultural organisations work with audience development, a tendency appears. Who needs to be developed? The audience? The producers? The artists? The buildings? The society? Cultural operators and decision-makers are finding that it is the relationship that counts. Once they begin engaging with their audiences, the artistic eco-system changes radically.

This is true for cultural leaders. Different demands are placed on how they organise the work, what the cultural offer needs to reflect and – above all – how the efforts of the institution are communicated.

This is also true for curators and artistic leaders. The content is challenged and channelled through different sensibilities. The target groups become visible, critical, interactive and sometimes disappointed.

This is true for all those working in the production and administration of a cultural institution. They become engaged in building the bridge between art and audience, their roles not only practical, in the background, but also creative and essential to the total experience.

This is especially true for the artists themselves. By engaging with their spectators/listeners/visitors, a natural empathy and a curiosity is cultivated. An artist who enters into intimate dialogue with a potential audience becomes naturally concerned about the quality of the reception and not only the transmission.

This means that the artists need to engage with the audience not only during the experience but as part of the preparation. Inter-connection with a targeted spectator is integrated into the rehearsals and even the creation of the art.

I had a friend once, his name was Mandiaye N’Diaye. Mandiaye called himself an Afro-European. He was born in Senegal, in a small village near Dakar. At 18, he emigrated to Ravenna, Italy and met the director of the municipal theatre, Marco Martinelli. They became close friends and worked for years together until Mandiaye moved back to Senegal, where he prematurely died.

Mandiaye told me this story:

“In my village when we gather for a cultural action, for storytelling, we gather in a circle. Everyone. Children, old people, dogs, the artist herself. The artist steps into the centre of the circle, and (s)he begins to perform, dance, sing or tell a story. The people watching frame the performance. I see into the faces of my neighbours on the other side of the circle, watching together, sharing space. I see their reactions, I respond to them. The artist is not the point. The artist is important, in fact the key. But the point is the circle.”

This natural relationship was transformed, sometime in the 1600s, probably around the same time the design of churches was changed. A French king decided to divide the circle, to re-build it into two half-circles: stage and audience. All light on me, darkness for you. You don’t even know who’s sitting with you or how many of you are there, because you’re busy watching me.

Mandiaye said that his task as a cultural worker in Europe today is to re-create the circle.

We don’t need to change all the architecture, some cultural buildings are used in unconventional and interesting ways. But we need to re-design their function and above all the relationship.

We have identified 29 unique examples of attempts made by cultural initiatives to engage directly with their audiences. These, and many examples like them throughout Europe, define a new territory and an affirmation of Culture as commonwealth. 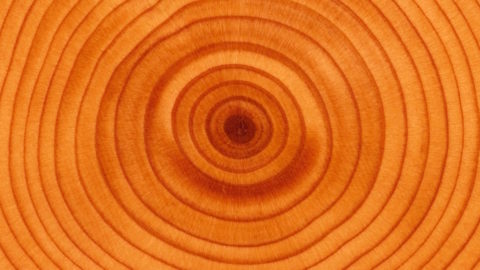